Slated for a 2015 US release is Outliving Emily, an intriguing film charting the relationship between Tim and Emily over the course of 60 years. In a bold cinematic statement, each chapter is played with different actors, cast regardless of race or gender. A total of 12 actors playing the same 2 roles. 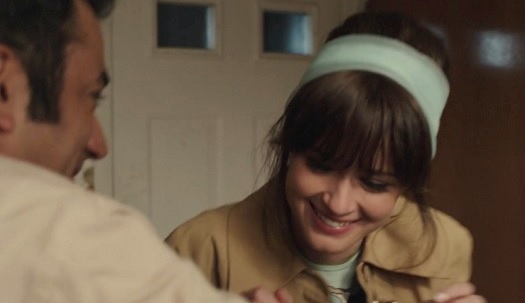 The ever-effervescent Alexis Bledel (Rory Gilmore) plays Emily in the mid-1960s, opposite her Tim, Kal Penn (Kumar of Harold and Kumar). Their other incarnations include Phylicia Rashad (Mrs Cosby from The Cosby Show) and Andre Braugher (Homicide: Life on the Street), later in life when Tim and Emily are grandparents. The final coupling of Olympia Dukakis and Louis Zorich is the original 2011 short film that seeded this one.

No matter who we are — man, woman, black, white, gay, straight — we all love the same.

A bold statement and one that the film hopes to explore. The trailer evokes memories of the cut-scenes in When Harry Met Sally, when the couples talk retrospectively about their first faltering steps.

Alexis Bledel and Kal Penn do some talking heads in this feature about the movie, the process and their roles.

Check out the trailer and see if you agree…

I’d be interested in seeing how the switching actors lends itself to telling this story. Do you think it might be too distracting? I think I’d find myself constantly imagining the whole movie with my favourite pair of actors and wondering if it would be better. Would you prefer this over prosthetics and make-up to make the actors look older and younger? Or should we all be filming movies like Richard Linklater, over 12 real years?