These are the facts and they are undisputed.

Each year the American Government keeps a count of babies’ names. As a privacy safeguard, they only record names with at least 5 occurrences. In 1999 there was no record of the name Lorelai, meaning there were under 5 Lorelais born in 1999.

In 2000, the original broadcasting of Gilmore Girls began and the show aired from 2000 to 2006. Here’s what happened after that: 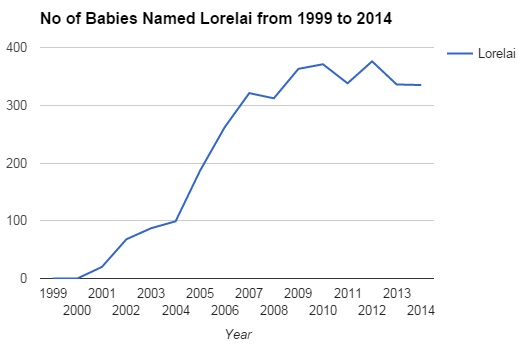 Pretty cool, right? Prior to Gilmore Girls there were so few Lorelais that they didn’t even register. Last year, there were 335 baby girls named Lorelai. 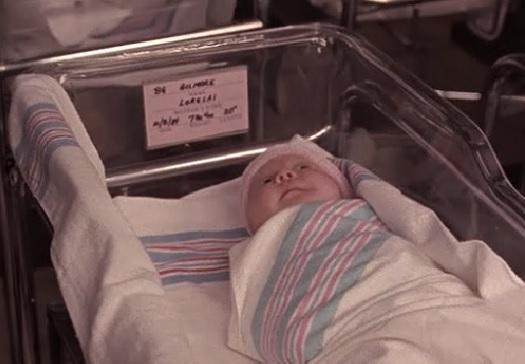 I then added the alternate spelling of Lorelei as well as Rory. Both were present in the 1999 count, although in limited numbers: 44 Loreleis and 59 Rorys. To put that into perspective, the most popular girl’s name in 1999 was – coincidentally? – Emily. 26,537 Emilys. Lorelei and Rory both mirror the upward trend, with Rory levelling off around 400% higher than before Gilmore Girls: 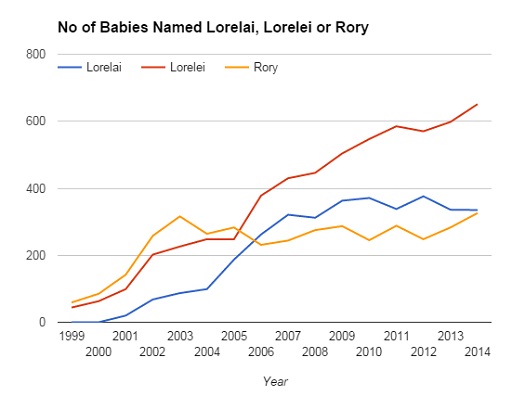 So far so funny, but what I found next really tickled me. Guess what happened to the number of babies named Kirk and Taylor? I am honestly not making this up.

Amy Sherman-Palladino, you did this.

These are the facts and they are undisputed. All these statistics are from the US Social Security website and I have included the yearly figures in each chart’s Alt-text. Taylor and Kirk’s charts specify boys since there are girls named Taylor and Kirk too. All the Lorelais, Loreleis and Rorys are girls. There is no confirmation on whether Baby Taylor was born with a beard but I wouldn’t be surprised.

What do you think? Funny? Predicable? Or are you wondering just how much spare time I have?
Have you named a baby or a pet or something else after the Gilmore Girls?
Which other TV programmes do you think spawned or killed off certain names?  I know a 13-year old girl named Deanna, after the half-Betazoid from Star Trek: The Next Generation. To date, no sign of psychic abilities.
Do you predict the trends will continue? …bearing in mind the advance of Gilmore Girls on Netflix – or has too much time passed? Lorelai, Rory and Kirk appear to have plateaued since 2006.
Are you wondering how Jess, Dean and Logan fare against each other? Or Alexis and Lauren? Should you feel the urge to go researching, let us know what you find!