We’ve talked about the failed Gilmore Girls spin-off series Windward Circle before but a stray comment from Trish in our Comments led me up a squirrelly path, pondering spin-offs that might have been.

How about Richard and Emily following in the footsteps of wealthy married couple (and amateur detectives) Jonathan and Jennifer Hart from Hart to Hart? Can you see them investigating secret keys hidden in cuckoo clocks, escaping scrapes and putting together clues while flirting, joking, being effortlessly charming?  All the while making middle-aged coupledom look terribly attractive.

Or Kirk as The Littlest Hobo, each episode finding him in a different location with a different job – staying until he helps someone, then moving on. For example, one week he could be an eccentric barista in Paradise, Southern California helping a new resident find a surrogate family. 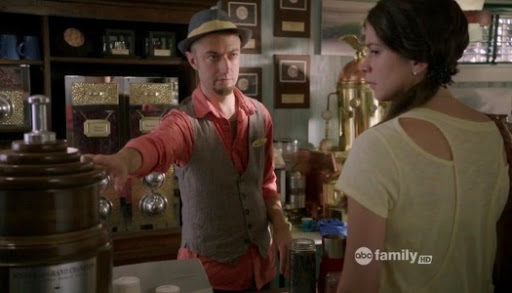 The next, he’s a telephone repairman curing diabetes. The original Littlest Hobo was a homeless dog but I see Kirk on a cream-colored moped sporting an open-faced helmet. During a writer’s strike, there’s a story where his moped is stolen and he spends the episode trying to get it back. It subsequently becomes the most popular episode ever, is widely regarded as kicking off a renaissance in televisual neorealism and wins an Emmy.

Luke’s as the Cheers bar? Norm!! 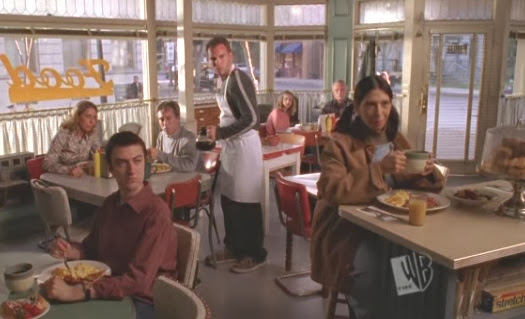 How about something with Paris? Or Madeline and Louise in their own New York apartment… maybe joined by the guys from New Girl?

Heh, I wonder if this is anything like Amy Sherman-Palladino’s original pitch meeting where after her actual ideas were turned down by the studio, she plucked the idea of a mother and daughter who are best friends, out of thin air. Same thing happened to The Simpsons creator, Matt Groening. Necessity is, after all, the mother of invention. Or maybe it’s desperation.

So, do any of this frivolous asides tickle your fancy? I know we all want more Gilmore Girls but what would be your ideal spin-off?