Was Lauren ever on The Daily Show?  I always that would have been appropriate, after she enjoyed it so much that night at Digger’s place… 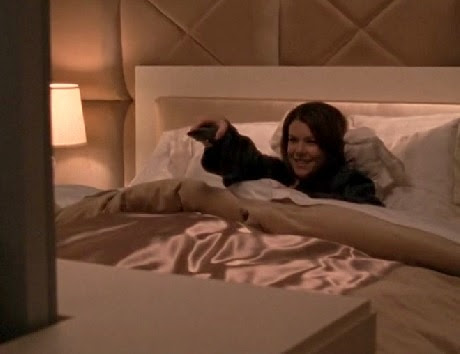 ABC also announced this week that Lauren will be one of the many celebs appearing on their new show Repeat After Me. The show is produced by Ellen DeGeneres and will be based on her hidden camera bit, where the celeb has to repeat what Ellen communicates through the celeb’s secret earpiece. Wendi McLendon-Covey will be fronting the show and I can’t help think that Wendi will have Ellen talking into her earpiece.

With Parenthood done and dusted, it’s great to see Lauren getting more air time . Hopefully we’ll see more of her soon, if the Ellen DeGeneres-produced project Kate on Later comes to fruition.

14 thoughts on “Lauren Graham to Host The Late Late Show on Thursday night!”