I’ve been thinking that maybe we don’t really want a movie. How could it ever live up to expectations? For the moment at least, we have the knowledge that the final season and episode could have been better. But if we actually received another chapter, with a genuine Amy Sherman-Palladino ending, it’d be properly final. That’d be it. 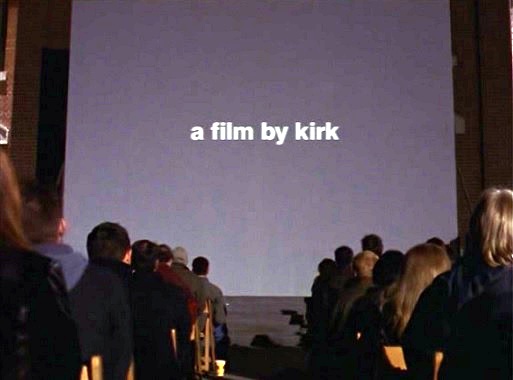 It might not have ended on a total high for everyone’s tastes but it wasn’t a total… phut, y’know? Other shows ended far worse, dragged way past their best before dates. I remember dreading miserable episodes of Heroes and The West Wing. And Felicity‘s final series was infuriating – by the end it was like JUST PICK ONE I DON’T CARE ANY MORE.

What if the studio had ended Gilmore Girls after season one? Shows cut off in their prime after a single series are talked about long after their premature ejection. Bunheads, Firefly, Freaks and Geeks… all great shows that never lived long enough to fail. With only one season, would we still be talking about it?

Then there are the great shows that ended right. Recently, Breaking Bad and True Detective done good. Dawson’s Creek had an awful final series but creator Kevin Williamson came back to write the final awesome two-part episode. I think that would have been ideal for Gilmore Girls.

But enough couldawouldashoulda. With time having passed, nobody getting younger and times having changed, perhaps it’s better to have the promise that it could have been great, than to actually have an ending and it be both final and… out of time? But Amy wouldn’t do it if it had any chance of being bad, right?

Perhaps Veronica Mars will save us all, by delivering what the fans want and showing the network that there’s money in them hills. Then we’d see. The Sex In The City finale didn’t have the emotional punch in the gut I was expecting, but the movie saved it. The first movie, anyway.

Could a Gilmore Girls movie actually make things worse? Is it too late? What other shows did you think deserved another chapter? And which ones became visits to the dentist?

24 thoughts on “How Bad Could The Gilmore Girls Movie Be?”