OK Gilmore Guys and Gals, here’s one to sort the wheat from the chaff. 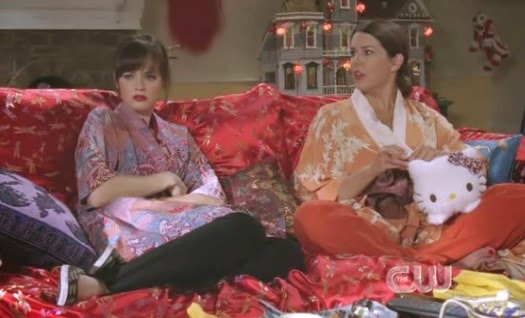 Picture it.  It’s the week before Stars Hollow Con 2015 – which is totally gonna be a thing: The Gilmore Girls Fan Convention.  As you probably know, it’s traditional at these kinds of events to get dolled up in fancy dress and be adored by your fellow fans and the Internet at large.

Who (or what) are you going as?  And in what costume?

I’m expecting a few Lukes although I’m obviously concerned that the Black Cap Lukes will start trouble with the Blue Cap Lukes.  Rory’s war-time party outfit was cute.  It’d be nice to see a Squire of Bracebridge – or something really obscure… like a female mud-wrestler from TJ’s stag party.

I’d love to turn up in a car bespotted with devilled eggs but I think I’m going as Rune in ‘date outfit’ since I’ve already got the scowl, the flat cap and the height thing down pat.