After some dicey discussions over the weekend, Parenthood has been renewed for a sixth and final season, reports The Hollywood Reporter.

The whole shebang was up in the air last week with talk of pay cuts for the cast and executive producers – and a potentially abbreviated run.  However, as we’re well aware, something is better than nothing and agreements were reached resulting in a 13-episode run due to run in the 2014-2015 NBC schedule.  Season 5 had 22 episodes. 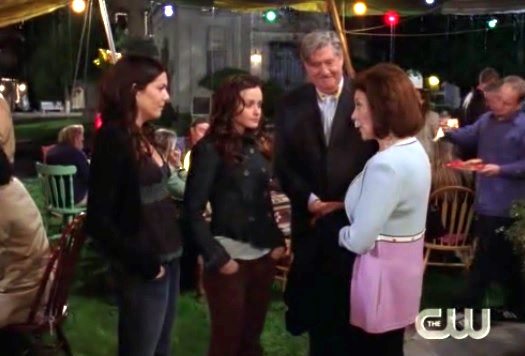 On a tenuously related note, I’ve been reading up this week on the Need For Closure scale, a series of 40-ish questions invented in the 90s that give an idea of your need – or lack of need – for answers in an ambiguous situation.

What I’m wondering is why there’s such a seemingly universal lack of closure for Gilmore Girls.  When Veronica Mars got her kickstarted movie, it seemed the first question about it was ‘What about Gilmore Girls?’  I mean, didn’t it end OK where it ended?  Luke and Lorelai were together, which I’m guessing most of you wanted.  Rory was taking the first steps on the career she’d always wanted.  Plus she’d loved and learned and was newly single, the world at her feet.  Lorelai and her parents had a suitably begrudging reconciliation and the cast gave a formal ‘goodbye’ to camera.

So why is there a need for more?  Or don’t you?  Do you feel that actually, it ended well enough and trying to add more might only spoil it?  Do you think the show ever jumped the shark?