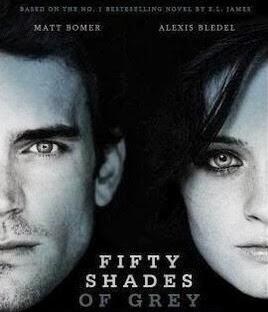 However, there then sprang up an online petition at change.org, which has today reached over 82,000 votes for Alexis Bledel (Rory Gilmore) and Matt Bomer to be cast in the lead parts of 21-year old graduate Anastasia Steele and millionaire mess-up, Christian Grey.

82,000 is the population of a small city!  Why the bizarre support for Alexis in this role?  It’s a little weird.  Comments on the petition page argue as much against the actual casting of Charlie Hunnam and Dakota Johnson.

With her birthday yesterday (many happy returns!), Alexis Bledel is now 32 and as youthful as she still and will probably always look, that’s 11 years older than Anastasia Steele’s 21 years, making me wonder if it’s been forgotten that Rory graduated six real-life years ago… out of sight, out of mind?

Would she have made a better Ana six years ago than now?  Are people really fantasizing about Rory having that steamy relationship?

Are there roles that you think could be perfect for Alexis?  Perhaps a re-make of Pippi Longstocking…  Or Lauren as Wonder Woman… hmm, now who’s fantasizing? :O)

Pic c/o the We want Matt Bomer and Alexis Bledel as Christian Grey and Anastasia Steele on 50 Shades petition at change.org.