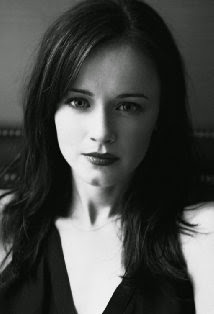 Yes it’s pure speculation and likely she hasn’t even been asked, but Alexis Bledel is the bookie’s favourite to play the female lead in the upcoming movie adaptation of 50 Shades of Grey.

The notoriously steamy novel by E.L. James revolves around the relationship between 27-year old bazillionaire Christian Grey and recent college graduate Anastasia Steele and if you haven’t read it yet, don’t expect anything until chapter 7.

Alexis’ odds at William Hill are 2/1, with Mila Kunis at 9/2 and Emma Watson at 6/1 (I wonder if they’d get the same odds in an actual foot-race).  Thing is, Alexis’ schedule seems to be filling up already with Fox picking up Us and Them (the US remake of britcom Gavin and Stacey), with Alexis playing Stacey.  Focus Features, the production company behind Lost In Translation and Brokeback Mountain, has set the 50 Shades release date as August 1st 2014.

For my two cents, I could see Alexis playing it – she has the effortless naivete and the acting chops to play an innocent ten years younger than she is – and of course there’s the in-built audience for her playing against type as Rory Gilmore – but I don’t know if it’s the best fit.  As the director of Nowhere Boy, an honest biopic that portrayed the young John Lennon as a charismatic and talented but troubled kid, I would trust Sam Taylor-Johnson to find the guts of the story.

However, I’d suspect a relative unknown to take the lead.  Nobody saw Jennifer Lawrence or Kristen Stewart coming before they were cast in The Hunger Games and Twilight.  Casting any big star would mean some of the more – uh – specific parts of the book would have to be left out.  The expectations of the movie would be ridiculously high and the movie would have to stand alone in its own right.  Anything less than that would tar everyone involved which would be a risk although perhaps in Hollywood, there’s always that risk.

9 thoughts on “Alexis Bledel is Favorite for 50 Shades Movie”