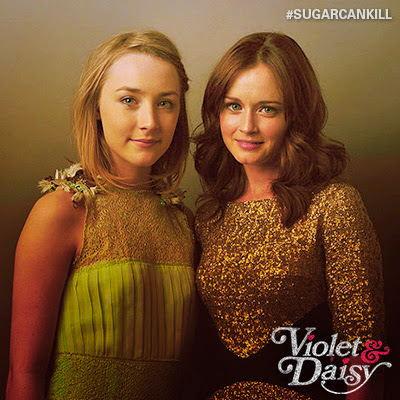 Released in the US on Friday is Violet and Daisy, starring Alexis Bledel (Rory Gilmore) as Violet.  Taking her Sin City role a step further, she and Saoirse Ronan play a pair of teenage assassins taking on New York criminals.  They take on a job targeting a mysterious loner (James Gandolfini) who leads them into some twisty-turny plot.

Check out the trailer here.

I couldn’t stop wondering how old Alexis is supposed to be (the pat-a-cake scene made me cringe) and her grip on those guns looks a little precarious but the movie looks like fun.  Made in 2011, it’s encouraging that it has a theatrical release.

Will you be seeing it?  If you’ve already seen it, I’d love to know what you thought.

Our little Rory’s all growed up!

7 thoughts on “Alexis Bledel in Violet & Daisy at US theaters on Friday!”